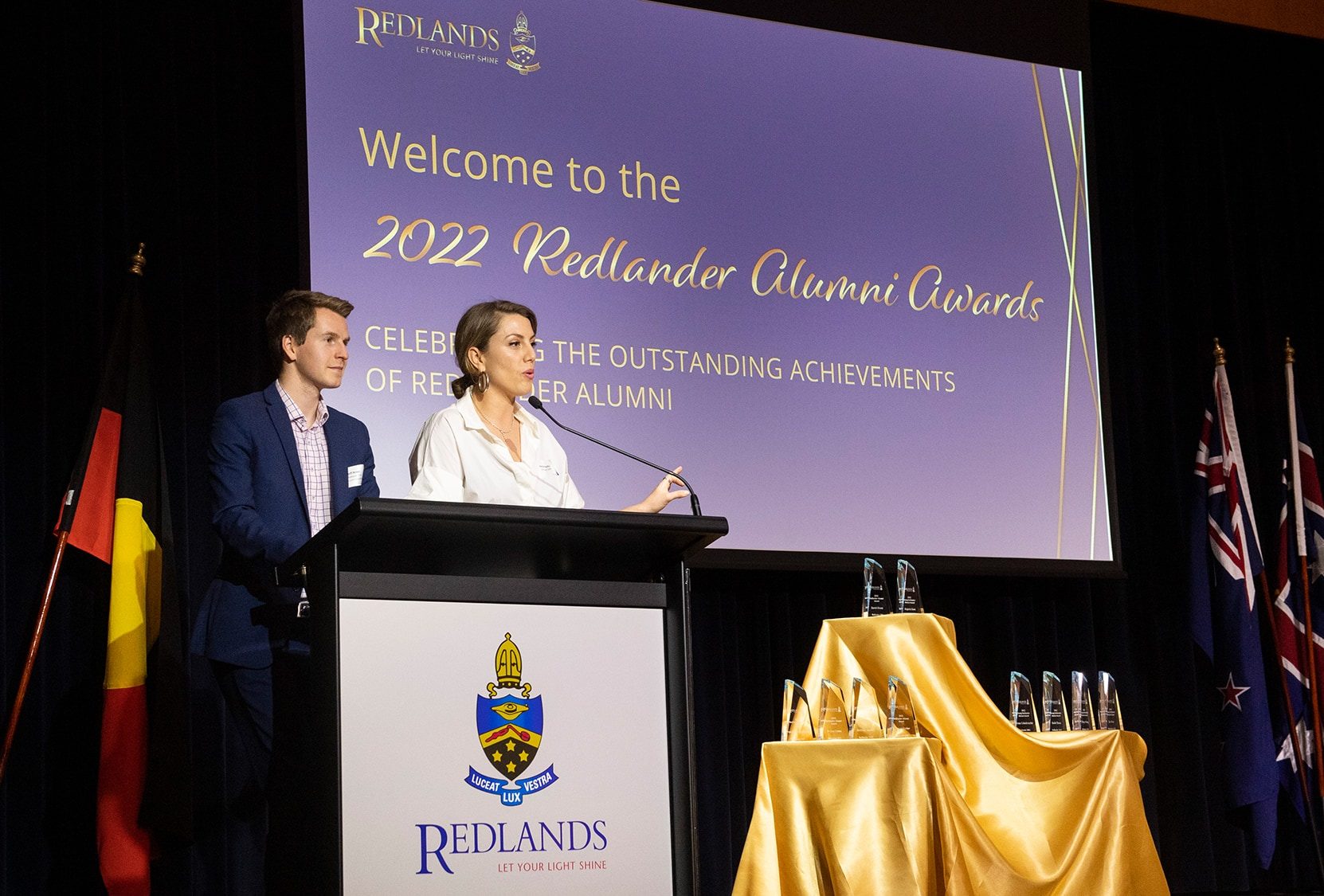 The awards provide a wonderful opportunity for Redlanders to recognise outstanding service amongst our Alumni Community. The standard of entries has been extremely high and selecting the winners has been a challenge. Congratulations to all those nominated and particularly to the Award winners.

Congratulations to our Winners

The Alumni award winners come from varied backgrounds and industries and are all recognised for their exceptional contributions to their chosen field and to Redlands. The winners are divided into both Alumni and Young Alumni. 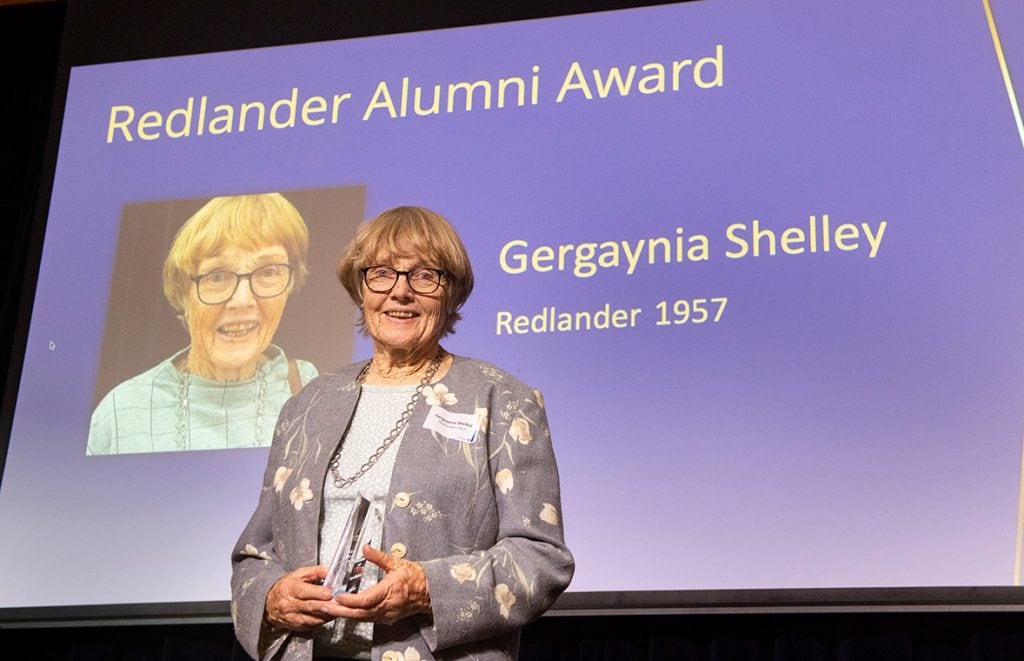 Gergaynia continues to be closely connected with the School and has been an ongoing volunteer for many years.

She has provided invaluable assistance to the Redlands Archives, and has enhanced the legacy of many past students by collecting their stories. She assists with the awareness of the annual Platinum Luncheon and is an ambassador for her cohort.

Lisa works extensively overseas each year operating on the blind and disadvantaged in Cambodia, China and Myanmar and teaching ocular surgery, dealing with such difficult cases the likes of which are not seen in Australia today. Lisa has helped in the Myanmar Eye Care Program (MECP) which has performed more than 12,000 operations since its inception and continues to perform 5,000 each year to combat avoidable blindness.

Lisa is a pioneering surgeon in phacoemulsification cataract surgery and has taught country eye surgeons this technique. She is currently working on the Northern Beaches as a General Ophthalmologist, specialising in Glaucoma, Anterior Segment, Minor Ocular Plastics and Pterygium.

Following completion of her schooling at Redlands, Lisa completed a medical degree. She is also a competitive rower, having received a University Blue in this discipline, as well as a cyclist. 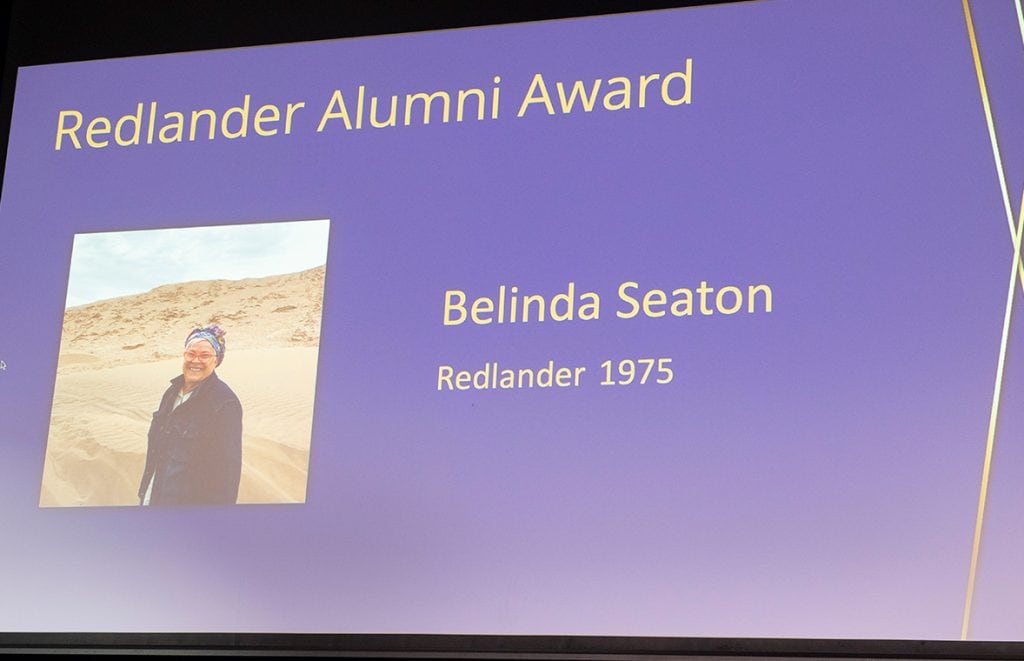 After relocating to the Northern Rivers area from Sydney, Belinda and her daughter Kristy-Lee learned more about the Northern Rivers regional communities and the gaps across the region that needed support, from small teams struggling to support troubled teens to animal welfare groups.

Belinda and Kristy-Lee repeatedly saw a significant lack of funding for critical programs delivered to their community and, driven by their desire to extend support across their community, they established the Seaton Foundation in 2014. Since its inception, the Seaton Foundation has granted over $2 million to 46 projects. The primary focus of the service is to provide a genuine human connection through conversation. 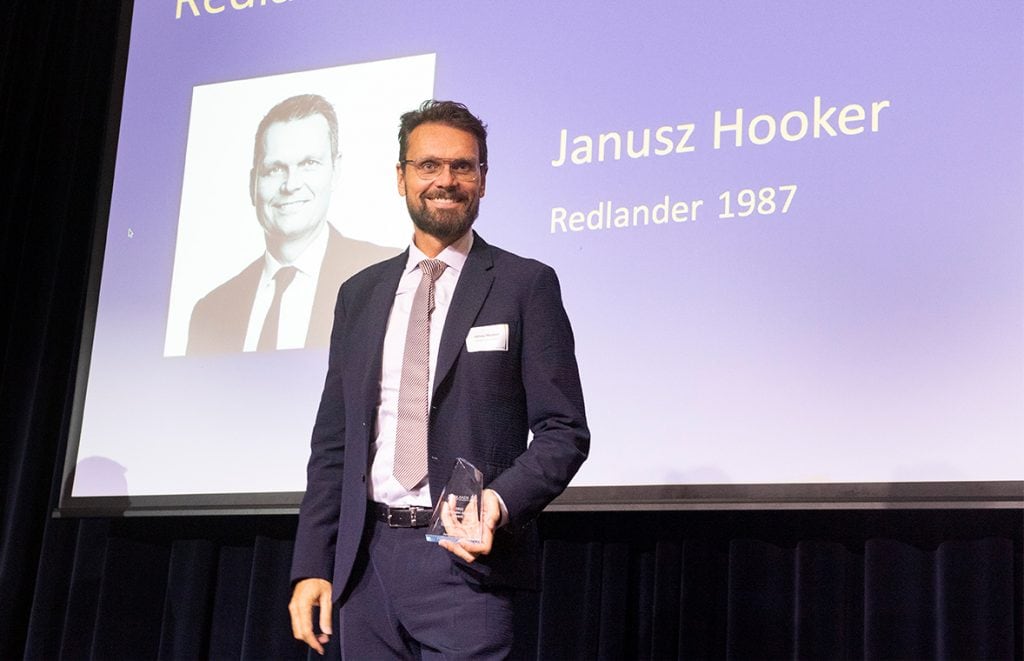 Janusz has balanced a global career in finance and real estate with his passion for sport, reconciliation and youth education. After graduating from the Wharton School of Business at the University of Pennsylvania, he represented Australia internationally as an oarsman for several years, while working for Price Waterhouse as an analyst.

His sporting career culminated in winning a Bronze medal as part of the Australian Quadruple Sculls at the 1996 Atlanta Olympic Games. He then worked in private equity across Asia, first with the Asian Infrastructure Fund in Hong Kong, then as Founder and CEO of TiNSHED, an Asia-Pacific technology venture firm. He subsequently moved to New York and became Managing Director of Asia for WP Carey and Co, a global real estate investment firm, before leading the buyout of the company which is his namesake, LJ Hooker.

Janusz established the LJ Hooker Foundation which is a registered charity and not-for-profit organisation committed to three national charities: the Humpty Dumpty Foundation, Cystic Fibrosis Australia and the Culture College Arnhem Land Aboriginal Corporation, as well as partnering with multiple other charities. 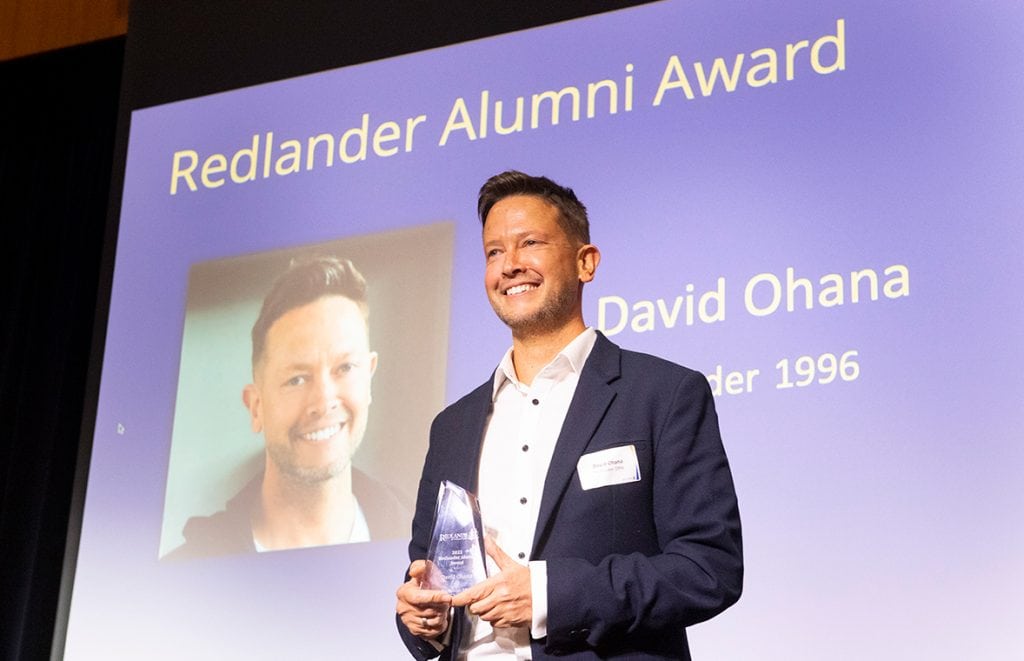 David is a globally experienced marketing and communications leader who has led influential and impactful partnerships and initiatives across the United Nations and private sector – including work that has reached billions, raised millions and helped change attitudes. His work that has been recognised globally with over two dozen international awards including at Cannes, Sundance, One Show and the MTV Video Music Awards.

He was named the ‘2002 Young Australian of the Year’ for Community Service by then Prime Minister John Howard for his cause-based communications work, and awarded an Australian Centenary Medal.

David has directed and led projects with some of the world’s biggest influencers (including Ban Ki-moon, Beyoncé, George Clooney, Charlize Theron, P!nk, Lionel Messi, Shakira) and organisations (Google, Amazon, FC Barcelona). He is a driver of award-winning collaborations and developed the most viewed piece of UN content to date (‘I Was Here’ featuring Beyoncé with over 132 million views), reaching over 1 billion people on one day and generating over $25M in earned exposure. After over a decade with the UN in New York and a decade in the private sector including five years with Saatchi & Saatchi, David recently returned to Australia to take on the role of Director of Communications and Marketing for the Minderoo Foundation and Tattarang. 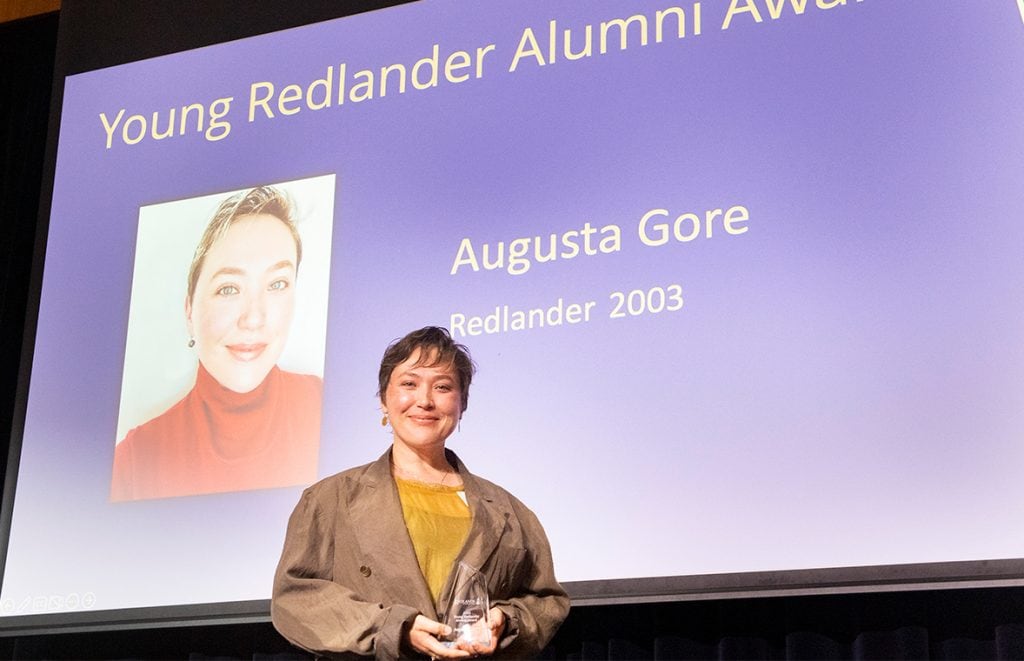 After serving as School Captain in 2003, Gussie worked on the hit film Happy Feet which received an Oscar for Best Animated Movie. She obtained a BA from the National institute of Dramatic Art (NIDA), and has worked in documentary, feature, short film and TV across multiple disciplines. Gussie also uses her skills for activism, mostly in animal welfare, producing work condemning the ivory trade and poaching.

Her documentary and short film work has screened at film festivals across the world, with The Animal Condition earning a nomination of Best Documentary by the Film Critics Circle of Australia.

Most recently, Gussie co-wrote the screenplay for the highly acclaimed film Three Thousand Years of Longing starring Tilda Swinton and Idris Elba. The film is an adaptation of the short story The Djinn in the Nightingale’s Eye by AS Byatt and premiered at Cannes earlier this year. “I first read the novella one year after finishing at Redlands. I’m grateful to my wonderful teachers for encouraging my interests in literature and poetry. These interests ultimately lead me to co-writing the screenplay.” 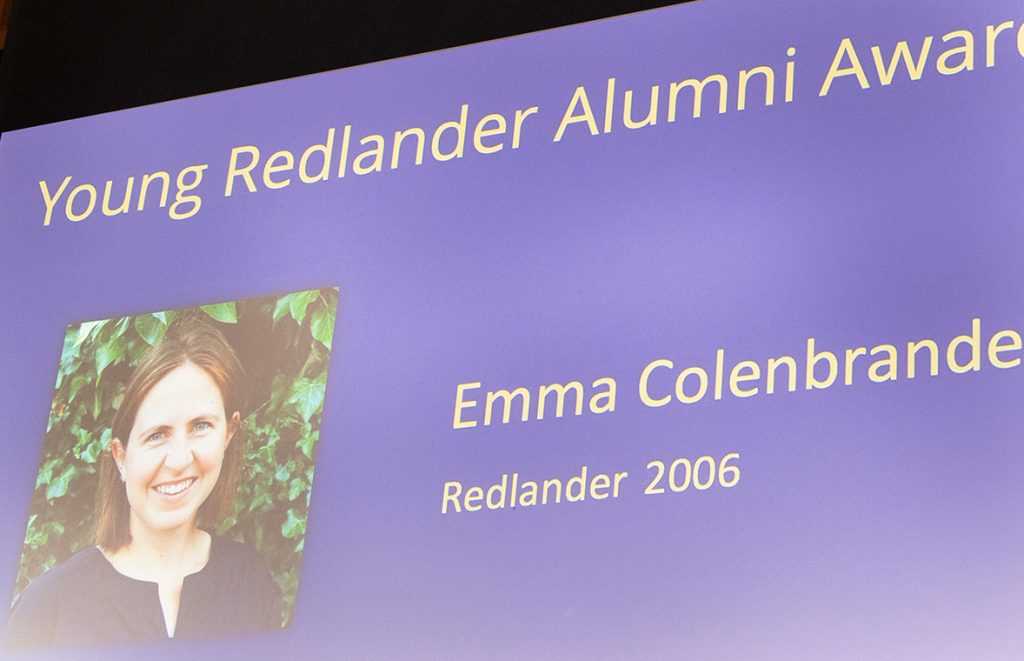 Emma is a social entrepreneur, intrapreneur and international development professional. She is founder and Head of the Global Distributors Collective, an alliance over 200 companies around the world that distribute beneficial products, such as solar lights, clean cook stoves and water filters, to people living in poverty.

Prior to that, Emma co-founded and was an Executive Director at Pollinate Group, a social business that brings clean energy solutions to urban slums in India. With a mission statement focused on improving the lives of India’s urban poor, Pollinate Group has reached 735,000 people to date and has received numerous awards including the UN Momentum for Change Award and the Australian Social Enterprise ‘One to Watch’ Award.

Emma was a finalist in the 2015 Women’s Weekly ’Women of the Future’ Awards, and has represented Australia as social entrepreneur for the global $1m Chivas Venture competition. She is a GSBI Accelerator Program graduate and a Youth Action Net Laureate Global Fellow. 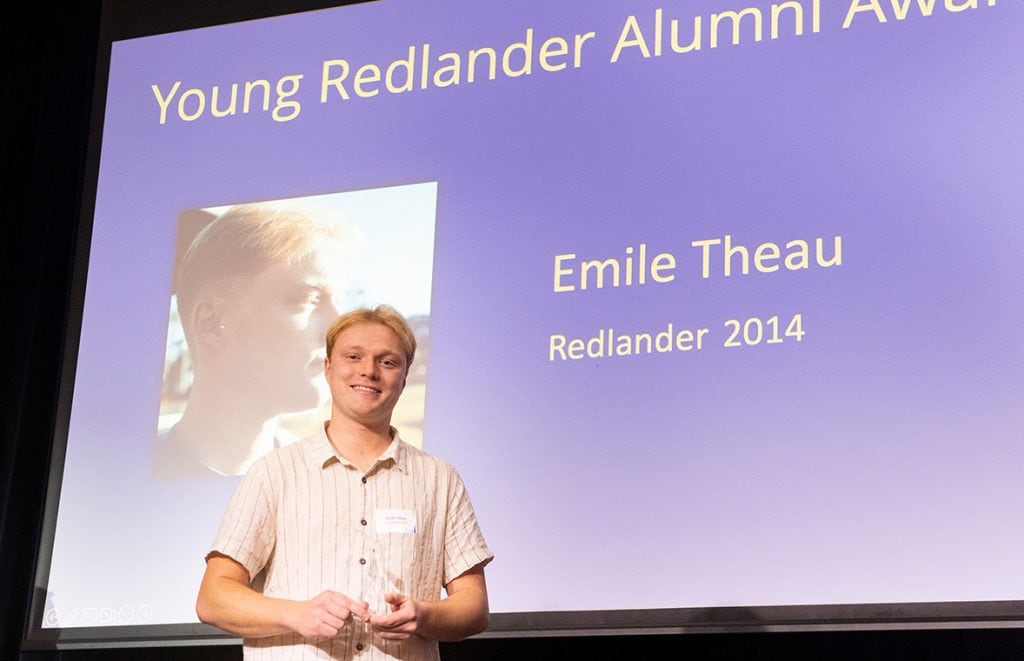 Emile is the co-founder of Sine Surf, a company dedicated to reducing waste and emissions in the surfing industry by inventing new ways to make sustainable surf products. He has a strong drive to work towards a sustainable future, and was the recipient of the inaugural HP Generation Impact Incubator award in conjunction with start-up accelerator Ocean Impact Organisation (OIO) with his timber surfboards.

In 2019 and 2020, Emile worked at Epuron as a renewable energy developer intern, helping to develop wind farms around Australia.

Emile currently works at the University of Sydney in the School of Chemistry as an Engineer on the nanotechnology start-up Dewpoint Technologies, which uses cutting edge nano surfaces to passively cool and harvest dew from the atmosphere. 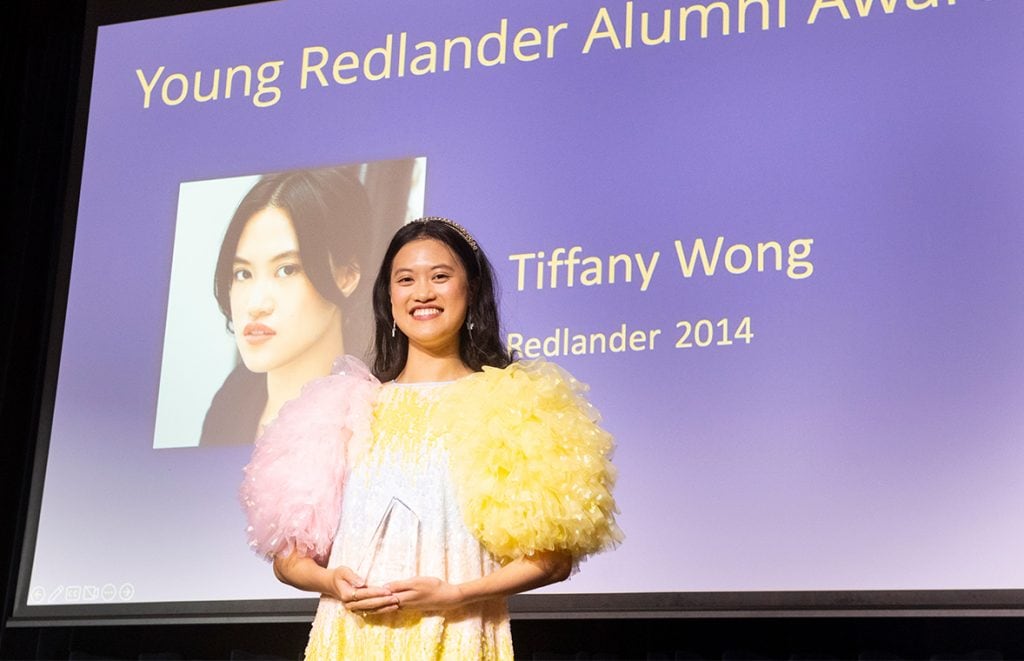 Tiffany Wong is a director and actor based in Sydney, Australia. She is the Artistic Director of Slanted Theatre, established in 2021, which aims to showcase and support emerging Asian Australian Theatre Makers. With Slanted Theatre, Tiffany directed a contemporary re-staging of Lady Precious Stream through Brand X’s Flying Nun program, Sydney Theatre Award-winning Three Fat Virgins Unassembled in conjunction with KXT Storylines, and Ching Chong Chinaman.

Most recently, she has facilitated the collaboration of 41 Asian Australian artists through two original plays for Sydney Fringe. Tiffany has worked as a director and as an assistant director with other companies such as Sydney Theatre Company, New Ghosts Theatre Company, the National Theatre of Parramatta, New Theatre and Be SEEDsational.

As an actor, Tiffany most recently wrapped Five Blind Dates to be released on Prime Video on Valentine’s Day in 2023, playing the bride-to-be, Alice Ling. She is now part of the Australian Shakespeare Company’s tour of Romeo & Juliet for schools around NSW. Tiffany has been a highly valued member of the Redlander Alumni Association since 2018 and she has supported current students as a Music and Drama tutor since 2016, as well as other alumni. 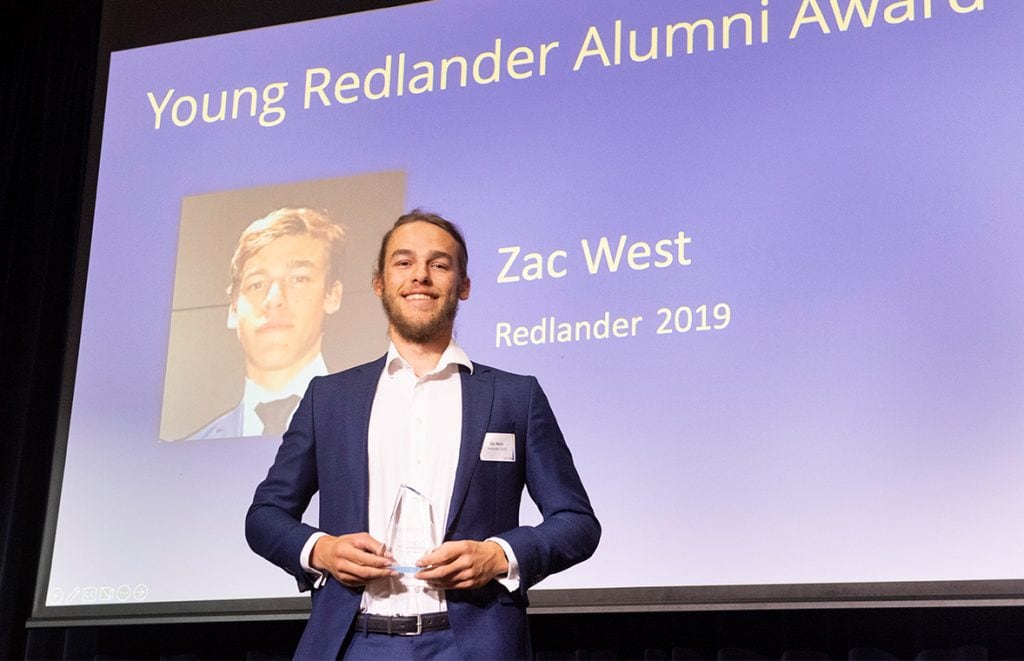 Zac is globally renowned for his participation and dedication to international sailing, competing in regattas from New Zealand to Los Angeles. Zac has been selected to compete in numerous international regattas and represents true Australian sportsmanship. He was the recipient of an elite sports scholarship and the Campus Life and University Sports Ambassador at Macquarie University, a finalist for NSW & ACT Coach of the Year, and was highly committed to his sport during his time at Redlands.

Zac joined the Royal Sydney Yacht Squadron in 2016. He has always been committed to improving his sailing skills and in more recent years, has turned to coaching others new to the sport. Zac is now an Australian Sailing accredited instructor and sailing coach and is involved with developing sailors in the Redlands Sailing program and the Squadron Dinghy program.

Zac is also a member of the Squadron’s Keelboat program. Targeting young adults, this program prepares sailors for international competitions in keelboats. Through the Sail GP Inspire program he was selected to be the ’14th man’ on the Sail GP Team GBR for the Sydney event in December 2021

Thank You
to all Involved

Thank you to everyone involved in organising the 2022 Redlander Alumni Awards, the inaugural event recognising, honouring and celebrating the outstanding local and global achievements of the Redlander Alumni Community. Our sincere thanks to those who have made these awards possible.

Find out more about what we have to offer. 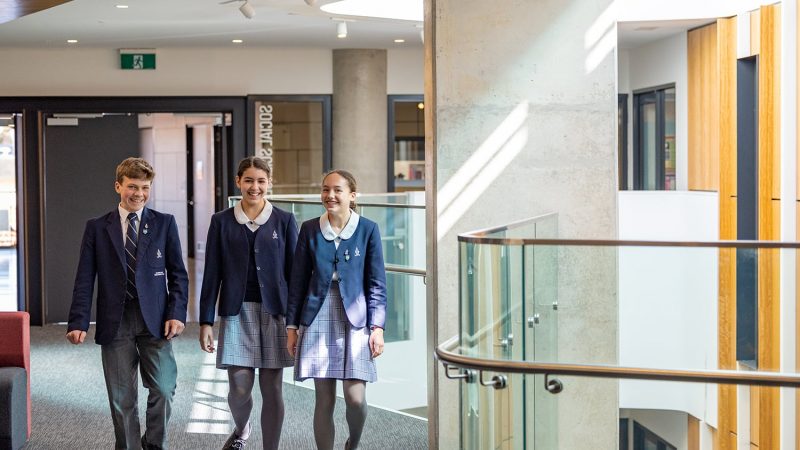 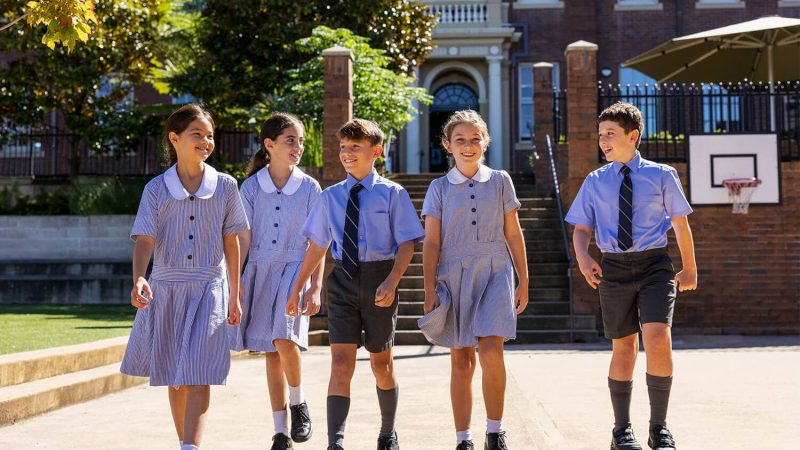 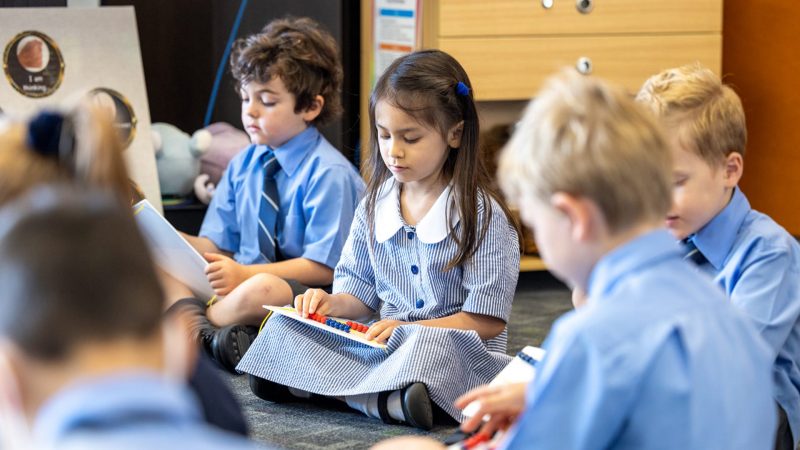 Learn more about how a Redlands education can foster the development of your child's unique abilities.