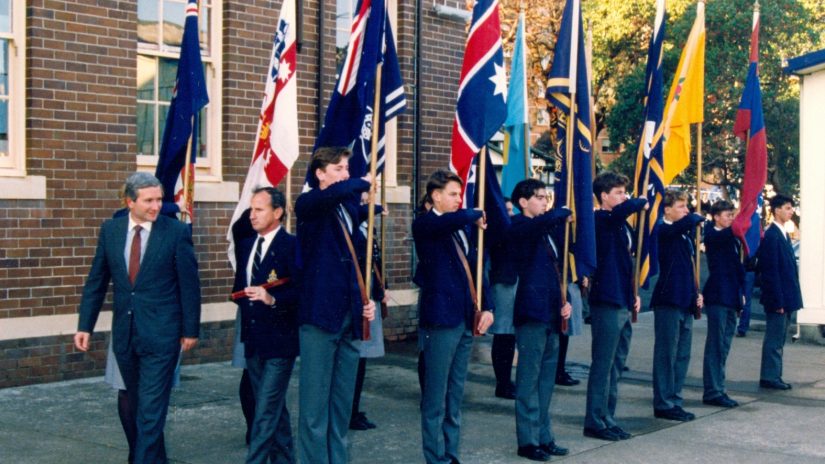 SCEGGS Redlands continued operating until 1976 when it came under the management of SCEGGS Redlands Ltd and returned to a truly independent governance. John Lang became the Board’s inaugural Chairman, Bruce Adams its Deputy and John Roberts became Secretary/Treasurer. Over a period of thirty-four years, Redlands introduced numerous educational innovations, many introduced by the Chairman working with the Headmaster, Peter Cornish, who was appointed in 1981.

In 1978 co-education was introduced providing students with a real world education, after which the school changed its name to Sydney Church of England Co-educational Grammar School, Redlands, abbreviated to SCECGS Redlands. In 1983, the opening of the Margaret Roberts Preparatory School saw the Preparatory School again become separate from the Junior School and by the school’s Centenary in 1984, the school had some 900 students and 93 staff. The International Baccalaureate was introduced in 1988.

The Murdoch Street campus was opened in 1990, following the acquisition the year before of the former Cremorne Girls’ High School, enabling the school to expand to the 1700 students of today.

On Foundation Day 1992, a parcel of land was donated to the school by The Redlands Parents Association for the development of Redlands High Country Campus at Jindabyne, enabling the establishment of Redlands Winter School. The 1990s also saw the introduction of the Pre-School program, with Redlands House opened at both Cremorne and North Harbour, and the establishment of the Redlands Ballet & Dance Academy. The overhead pedestrian bridge across Military Road, built and paid for by parent and Board member, Robert Dunnet in 1998, ensured the safe crossing of students and staff between the two campuses.

In 2002, the Peter Cornish building was opened on the Murdoch St Campus.