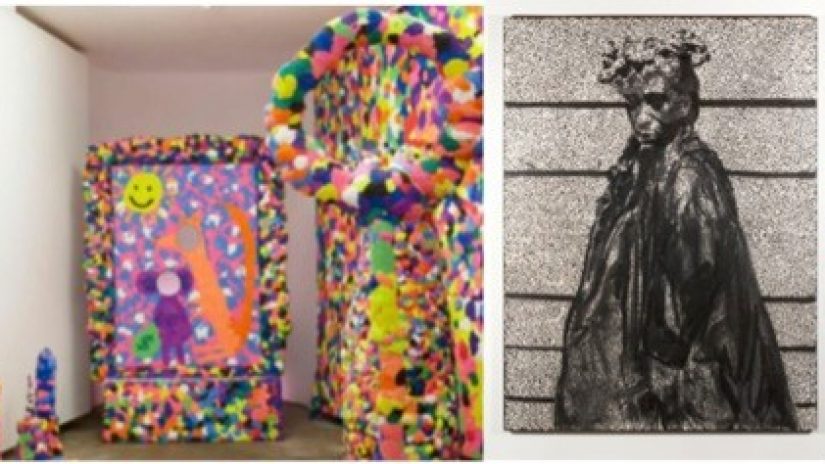 Sydney, Australia: The Redlands Konica Minolta Art Prize today announced the 43 Australian and New Zealand artists selected to create new work for the 2016 visual arts prize and exhibition. The 22 established artists and 21 emerging artists will be presented at the NAS Gallery from 14 March until 14 May 2016.

Guest curator, Sydney-based artist Mikala Dwyer made the selection in line with the Prize’s unique model, which sees the curator select the 22 established artists, who in turn each choose one emerging artist to create work for the exhibition. This pairing of established artists and emerging artists is designed to encourage mentoring relationships between different generations of artists.

The 22 established artists selected this year include some of Australia’s most innovative names in contemporary art.  MikalaDwyer commented:“Together, these artists exhibit the diversity in approach and technique, revealing the broad spectrum of work and ideas being produced in Australia at present.”

Participating artists have no limitations on their choice of media or subject matter and can submit a single recent work to contend for one of two prizes. The main award for established artists is the Redlands Konica Minolta Art Prize, valued at $25,000 and sponsored by Konica Minolta. The Emerging Artist Prize is valued at $10,000 and sponsored by the Glenburn Pastoral Company (Brett Whitford). The prizes will be announced 10am, Wednesday 23 March at National Art School.

Selected artist Daniel Boyd, who this year was invited to participate in the 56th International Venice Biennale, All the World’s Futures, has nominated Somali-Australian multimedia artist Hamishi Farah. The work of both artists is loaded with multiple perspectives – of limitless cultural and historical implications.

Photo-media artist Pat Brassington, winner of the prestigious Bowness Photography Prize in 2013 and whose touring retrospective formed part of MONA’s Dark Mofo in 2014, will exhibit a work titled Pair Bonding that challenges the audience’s senses and undermines the ‘authority of photography’. Brassington has nominated talented emerging Tasmanian artist Jacob Leary whose work has a forensic and fresh perspective of the world in which he lives together with a strong sense of playfulness.

Julie Fragar, currently working on a major commission funded by the Australia Council for the Arts that explores migration; also to be presented in the 2016 Prize has nominated recently graduated James Barth. Both artists work primarily with painting and digital media and share an interest in human subjects.

To be announced on 23 March 2016, the two winning artworks in the established and emerging categories will become part of Redlands School’s permanent art collection, providing a valuable resource for visual arts students and teachers. Over the past two decades Redlands School has built a unique and enviable collection of major works by a range of contemporary artists including 2016 curator and past winner Mikala Dwyer (2015), Vernon Ah Kee (2014), Callum Morton (2013), Ben Quilty (2012), Rodney Pople (2006), Lindy Lee (1998), Gordon Bennett (1997) and Imants Tillers (1996).

The 2016 Redlands Konica Minolta Art Prize will be exhibited from 14 March until 14 May 2016 at the National Art School Gallery in Sydney’s Darlinghurst, with Prize winners to be awarded at an opening event at the Gallery presented on the evening of 23 March 2016.

The 2016 Redlands Konica Minolta Art Prize exhibition will be on public display from 14 March 2016 until 14 May 2016 at the National Art School Gallery (NAS Gallery), located at Burton Street, Sydney NSW.  The exhibition is free of charge and open to the public Mondays through to Saturdays, 11.00am to 5.00pm. All works are available for purchase with the exception of the winning works that are acquired into the permanent art collection of Redlands School, in accordance with the tradition of the Prize.

Announcement of Winners of the established and emerging artist awards: 10am, Wednesday 23 March will at NAS Gallery.