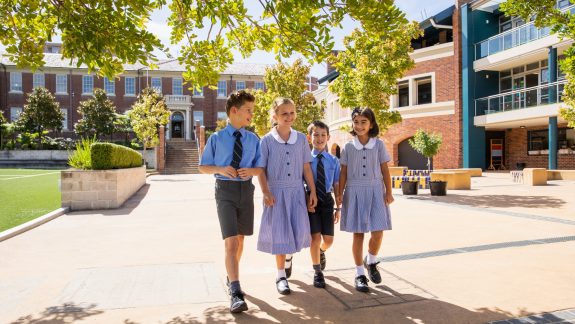 Come and experience our Redlands learning community in action on Tuesday 17 August at 9.15am. 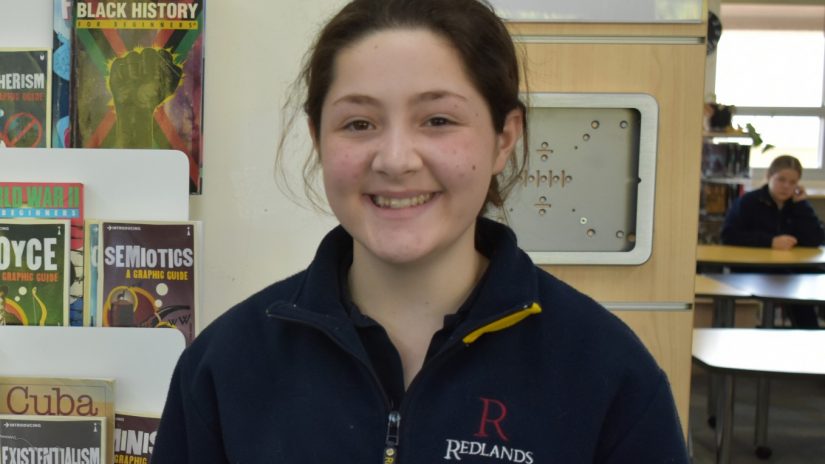 Charli won the Junior Secondary Prose category for students in Years 7-9 with her short story The Boy Who Couldn’t Whisper. This is a wonderful achievement in this prestigious creative writing competition which attracted entries from schools all over Sydney and regional and country NSW and was judged by a panel including writers Linda Lokhee and Zena Shapter, local poet Carol Jenkins and teachers.

Oscar was awarded runner-up in the Junior Secondary Poetry category with his poem entitled Imprisonment. With no poetry section for primary students, Oscar submitted his poem in the competition for Years 7-9 students which adds to this noteworthy achievement for him.

Well done Charli and Oscar! Here are their winning works to enjoy.

The Boy Who Couldn’t Whisper by Charli Waterland (Yr 8)

Archie is a rather ordinary-looking bloke. If you were to pass him on the street and offer a polite “Good Morning,” he would bellow, “GOOD MORNING!” back at you.  After recovering from the initial shock, you might look him up and down and wonder if his mother hadn’t loved him enough as a child.

You see Archie is a rather ordinary-looking bloke, with messy brown hair, deep-set blue eyes and enough freckles to make the Milky Way envious. He looks as unremarkable as most, except for his one most distinguishing feature.  His volume. This uncontrolled and amplified feature could give a rather rude impression. However, Archie is a gentle soul and his “GOOD MORNING!” reply was because of a serious problem. No, not a mental illness. In fact, the only thing wrong with Archie, other than a constant craving for peanut butter, is his voice box.

It had been a typical day when Archie was darting down the Pacific Highway on his motorbike when a car, driven by an incompetent tourist, collided with his trusty Yamaha. Whilst many tourists are curious, cultured and careful, some tourists are not. These tourists will climb atop Uluru solely for a selfie (before it was banned or indeed whilst it is banned), take meaningless photos of the pavement or indeed drive on the wrong side of the road. Unfortunately, Archie had met this type of tourist.

He was rushed to the nearest hospital, leaving the remains of his beloved bike on the roadside. The doctors found him, remarkably, still in one piece, but with a piece of motorbike wreckage lodged in his larynx. A remnant of his Yamaha had impaled his voice box and rendered Archie mute. Whilst he lay in the hospital ward in shock, but to all appearances much like his usual melancholic self, the medics decided that they would ‘delicately’ open his voice box and remove what they could inside. Following the surgery, however, it became evident that they had done too good a job. When doctors asked how he was feeling, Archie hoarsely but ear-splittingly replied, “I’M ALIVE, AREN’T I ?!” After the doctors had leapt out of their scrubs, they concluded that they had removed too much of his larynx in the process and the air had too much space to enter and exit, thus limiting his dynamic range to ‘Horror Movie Scream’ level. The medical staff consulted and decided the best outcome would be if Archie left the hospital. Quietly.

This incident severely impacted an 18-year-old’s social life.  Archie could still play soccer with his mates during lunch, but starting conversations with, “HEY HARRY, ANY PLANS ON FRIDAY?!” quickly ended them.  In class, Archie became too embarrassed to raise his hand to participate. He found himself constantly, loudly, impersonated by his peers.  Ironically, Archie soon became a ‘quiet student’ because of his increased volume.

However, one unfortunate day, Archie’s life turned around. It began with an unknowingly final date with his girlfriend, Amber.  They met in their French class (in pre-accident times) wherefrom the cacophony of seductive, mispronounced words grew their relationship.  Amber had stuck by him, but things had definitely cooled thanks to Archie’s new-found voice.  However, that windy day blew in a soon-to-be-ex-girlfriend who was tired of their reclusive dates. Amber wanted to go to restaurants, receive presents and feel excitement, not be bored in a relationship with someone whom she now pitied. So, she raised her voice to match his and screamed, “WE ARE DONE!” Then left as abruptly as she had entered.

Depressed and disconnected, Archie decided to head outside into the bitter wind to buy some peanut butter. He walked around his unusual block, passing the run-down florist shop that neighboured a flourishing garden, then something caught his eye. The Church. No, Archie wasn’t religious, he was too sceptical for that. The reason he was drawn there wasn’t the limp forms of miniature Christs coating the walls but a sign on the Church noticeboard, declaring a support group was inside. He stepped out of the wind into the Church hall where to his left there was an overly affectionate Down Syndrome teenager, to his right was a young man who was blind and directly facing him was the most beautiful girl he had ever seen. She had fair skin, an easy smile and raven-black hair that hid one of her dark brown eyes as if they were shying away from Archie’s stare. This angelic figure was shyly beckoning to him like a lighthouse on a stormy night. Archie took the chair next to hers and from the care package found underneath the seat he pulled out a whiteboard. Since he wanted to avoid an aggressive introduction, he messily wrote on it,

They hit it right off from there, writing instead of talking, scribbling on each other’s boards when they could. All the while, Archie wondered why she was here, surrounded by unfortunate people like him.

You could see the realisation so clearly on his face, it was as if the god of epiphanies had just slapped him.

“I have to admit something…I’m not deaf.”
“Judging from your reaction, I guessed as much.”

After the session was finished, Archie told Bella everything that happened, from the accident to the breakup. She was a keen listener and even offered “with the help of Archie’s stolen whiteboards,” to teach him sign language. They ‘talked’ for ages and as the sun’s blush faded into the horizon, they hugged each other goodbye. A month of texting and meetings later, Archie tried to ask if she would be his girlfriend using his rudimentary sign language. Despite the message being as jagged as broken glass, she happily accepted. It was that way they stayed together for the remainder of their lives, the silent girl and overly loud boy.

I am Imprisonment by Oscar Pearce (Yr 6) 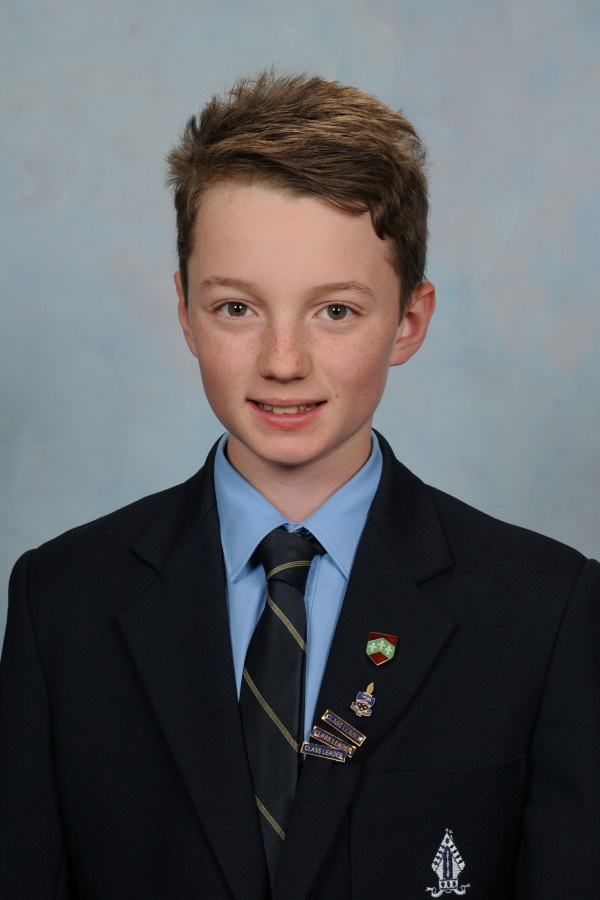 I am the weight that pulls you down,
I am the voice that stops you,
I am a sorrow in which you drown,
I am a trap that needs no crew.

Only truth shall set thee free,
The weapon that can end all fights,
Unseen to you and me,
But brighter than a thousand lights.

I am a chain that is stronger with time,
Bars woven out of iron and thought,
Built for you to relive a crime,
Of something you once sought.

I am like a god in power,
An endless weight of guilt,
I am the thing at which you cower,
Over ruins of the tower you once built.

I am the cage you try to escape,
I am made for your own punishment,
An endless metal landscape,
I am Imprisonment.