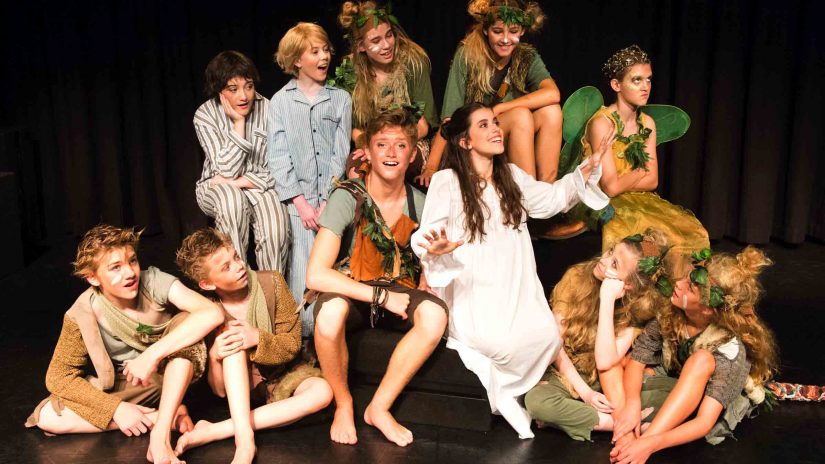 Redlands is gearing up for its annual School Musical, which this year will see the girls and boys take on the much-loved J.M. Barrie classic, Peter Pan.

The showcase event in the Performing Arts calendar will transform Chatswood’s Concourse Theatre into a spectacular world of magic and adventure as they take you on their journey to Never Land.

The production will involve over 170 members of the Redlands community, including 135 girls and boys on stage, in the orchestra and in the production and make-up teams, 15 staff, 22 parents and even Redlands Alumni, lending their talents to the performance.

“The amount of talent displayed in the audition process was incredible, and we are very excited to see the cast carry that same passion into this performance,” said Redlands Principal, Dr Peter Lennox.

“Our School Musical is always a spectacular event and provides a wonderful opportunity for our senior students to mentor the younger performers.

“The entire School community is eagerly anticipating seeing both the seasoned and budding young performers put on an exceptional show.”

A highlight of this year’s performance is expected to be the Physical Theatre aspect, which will see teams of actors on stage fly Peter, Wendy and Tinkerbell through the air, without the use of wires.

The principal roles include:

Dr Lennox said the Redlands Musical is an outstanding opportunity for students to develop new skills and work collaboratively together.

“Not only does the Musical provide an opportunity for the development of a broad range of skills, it is also a wonderful vehicle for collaborative learning and for making friendships throughout the age groups,” said Dr Lennox.

The production will take place at The Concourse, Chatswood over 30 and 31 March and 1 April with closing night already sold out.