Exceptional Results for the Class of 2016 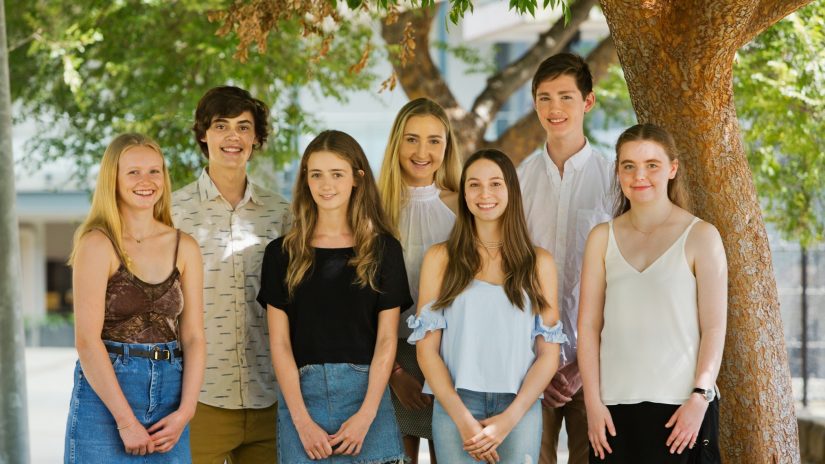 Congratulations to the Class of 2016 who achieved exceptional results in their HSC and IB exams, with one perfect score, one third of students achieving an ATAR of 95 or more, one student accepted into Yale University and another into Oxford University.

Top performing student, Felix Lonergan achieved a perfect score with an ATAR of 99.95, studying English, Mathematics, Physics, Economics, Spanish and Theatre. He was the Captain of Drama and represented Redlands in Waterpolo and Rowing. Felix has applied to study Physics at McGill and the University of Toronto in Canada, and Advanced Science and Computer Science at UNSW.

Co-School Captain Zoe Thompson received a near perfect score, with an ATAR of 99.85. Zoe studied English, Mathematics, Chemistry, Biology, Economics and Spanish, and has applied to study Science at Harvard and MIT in the USA, and McGill and the University of Toronto in Canada, as well as Medicine at the University of Sydney. She was Redlands Dux of IB, Captain of Bands, won Gold and Silver at consecutive International Science Olympiads, and represented the School in Football.

Grace Galloway, who was one of 11 students who achieved an ATAR of 99 or more, was delighted to receive an early decision to study at Yale University ahead of her IB results. At Yale, Grace plans to undertake a Liberal Arts degree while participating in their exceptional Rowing program.

Benjamin Passey achieved an ATAR of 96.80 and was thrilled to be offered a place at Oxford University to study Classical Archaeology and Ancient History.

Alana Adamus who achieved an ATAR of 97.50, with a focus on Extension Maths and Physics, plans to study Engineering at Duke University in the USA, as her brother did.

These were just five of the 38 students from the Class of 2016, or 30% of the Year Group, who have applied or have already been accepted to study at universities around the world. They follow in the footsteps of students like Sonia Kalcina, 2015 HSC Dux, who achieved an ATAR of 99.55 and is now studying Mathematics at Oxford University.

Reflecting the international focus of a Redlands education, Yael Weiss, Yr 11, achieved 2nd in the state for Modern Hebrew Continuers and nine IB students who received bilingual diplomas in Danish, Dutch, French, German and Italian, in addition to English.

Congratulations to all of the Class of 2016, who rose to the challenge and set themselves up to achieve their goals, both here at home in Australia and around the world.