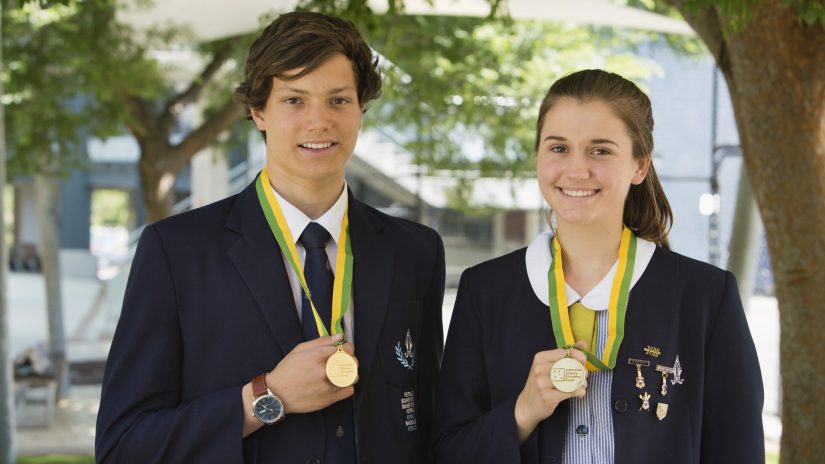 Two Redlands students have been awarded gold medals in this year’s Australian Science Olympiad exams – in Earth and Environmental Science.

This achievement has seen Year 11 students Hazel Swift from Avalon, and Luke Bogatez from Northbridge, invited to attend the Science Olympiad Summer School in Canberra in January 2017.

It is from the highly-competitive Summer School that Australia will select its team for the International Earth Science Olympiad, which next year will be held in the Cote d’Azur, France.

“The Science Olympiad program is a unique opportunity to compete against the best science minds in the country and the world – sharpening science skills and fostering further interest.

“We already can predict a couple of things about the jobs and economy of tomorrow – one is that science and innovation will drive them, another is that they will be more global.

“We respond to that with our strong academic program, by encouraging students into opportunities like the Science Olympiad, and supporting them with the challenging options of the International Baccalaureate Higher Level, and HSC Extension Courses.

“The Science Olympiad is about giving students the opportunity to join with other curious minds from across the world, and part of our broader effort to set students up for a global future.”

Hazel and Luke follow in the footsteps of 2016 School Captains Zoe Thompson and Jeffrey Brown, who were both selected from last year’s Summer Camp to attend the International Olympiads.

“In total, eight Redlands girls and boys from Years 10 and 11 were awarded nine additional Distinctions in the Australian Science Olympiad exams, which is outstanding,” Ms McGarry said.

“I congratulate Hazel and Luke for their hard work and impressive achievements, and for helping cement Redlands as a force to be reckoned with when it comes to study of the sciences.”