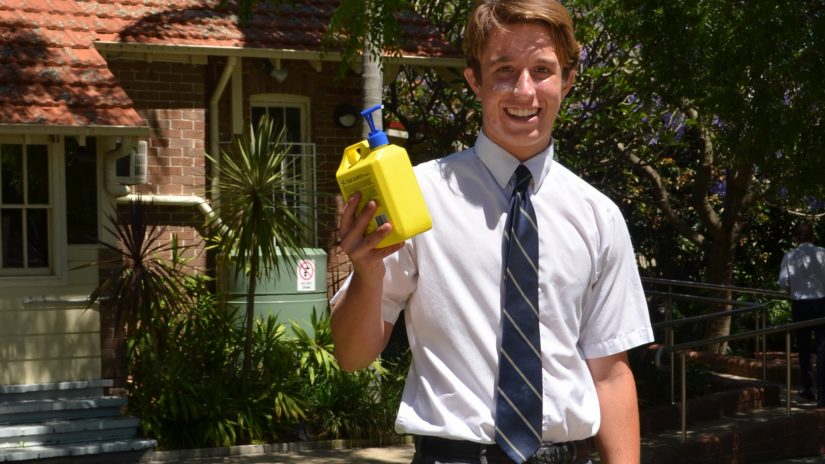 With two in three Australians diagnosed with skin cancer by the time they are 70, and a quarter of teenagers getting burnt each weekend, the sun safe message is more important than ever.

For this year’s Skin Awareness Week, one Redlands Year 10 student has taken the initiative by producing a new video urging Australians to be sun safe.

The budding filmmaker is 15 year old Hunter Riddle who produced a fun video that is getting the message across where it counts – having been viewed more than 30,000 times since last week.

“We always encourage our students to be sun safe, but we need to also reinforce what that means in a way and with language that reaches them effectively,” said Ms McGarry.

“Hunter’s video does just that, reaching out and telling an important story in a language and via a medium that resonates with young people.”

Hunter said the video was designed to encourage sun safety and protect people against the harsh summer sun.

“With so many people heading to the beach and outdoors this summer, I thought it would be useful to remind people about sun safety and how dangerous sunburn can be,” said Hunter.

“Letting everyone know that sunscreen should be applied 20 minutes prior to exposure and should be reapplied every two hours are some of the basics that can save lives.

“It is really common for people, especially young Australians, get burnt in the sun, so we really need to be reminding people about the dangers of sun damage and how we can stop it,” Hunter said.

“My hope is that this video helps get the message out there and means more people are being sun safe and protecting their skin.”

The video was produced for SunDoctors Skin Cancer Clinic and was officially launched for Skin Awareness Week.