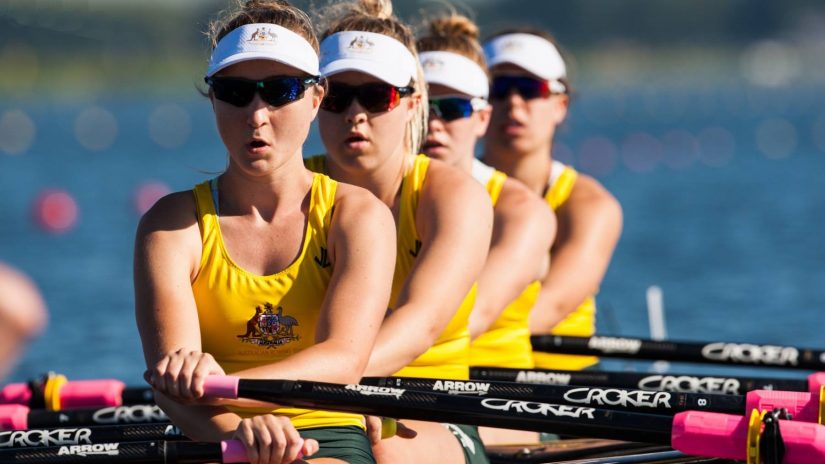 Grace competed last week in Rotterdam, the Netherlands, at the Junior World Rowing Championships, as part of the Australian Junior Women’s Quadruple Scull.

The Championships took place from 21-28 August, and saw Grace take on rowers from all over the world.

Grace stroked the crew to place second behind Greece in their Heat on the Wednesday (24 August), which meant they progressed straight to the A/B Semi Final on Sunday 27 where they placed 5th.

They made it to the B Final, and with an incredible effort, placed 5th again. This placed them 11th overall, and on times they were the 9th fastest Junior Women’s Quad Scull crew.

“The results from Junior World Championships show an incredible effort from the young athletes, and we are thrilled to congratulate Grace,” Redlands Principal, Dr Peter Lennox said.

“The physical and mental agility required to be rowing at an international level, while also in her final year, are remarkable – on top of the early morning training sessions.

“The dedication and sheer hard effort of competing at that level are extraordinary, and Redlands is incredibly proud of what Grace has achieved.

“But from one challenging task to another, Grace is now back amongst her classmates studying hard for their final exams.”

Grace said that she was very proud to be in her green and gold, and the crew was training twice a day, every day between April and August in preparation for the regatta.

“The course was very windy and there were some very challenging racing conditions on the weekend of the finals, but it was an amazing regatta though and the experience of a lifetime,” she said.

Grace has her eyes set on what many consider the highest heights of tertiary education – the Ivy League.

With the dual focus of academia and sport, Grace is looking to the pillars of top American universities, Harvard and Yale, and working hard to ensure her International Baccalaureate results can get her there.