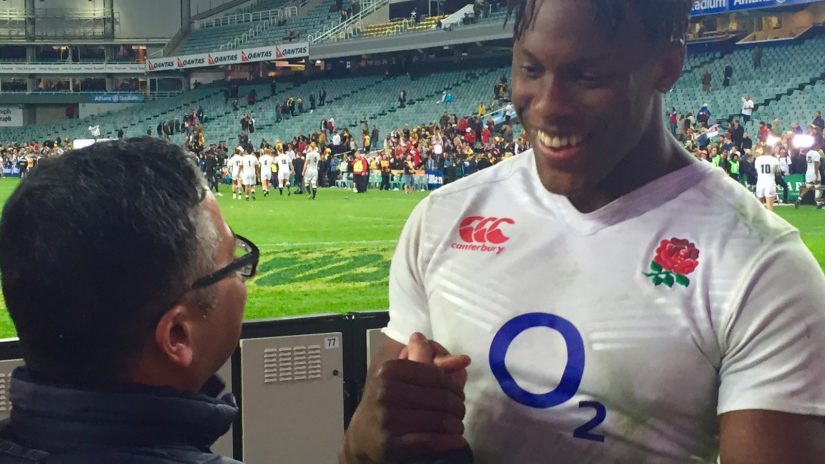 After winning the Grand Slam with England and the Champions Cup with his club Saracens, 21-year old Maro Itoje is now a key member of England’s successful team playing against the Wallabies.

While by day, Maro is an internationally renowned rugby player winning twenty-five competitive matches in a row, at night, he also studies to complete a degree in politics at the University of London.

Mr Guha, who was Head of Salcombe Preparatory School in London when he coached ten-year-old Maro in soccer, was very proud to watch his former student and his team win against the Wallabies.

“Maro was a dedicated student with a strong sense of humility and respect,” said Mr Guha, Head of Redlands Junior School.

“These are qualities he still possesses and have helped shape the person he has become.

“I believe Sport is so much more than merely playing the game. It allows students to develop teamwork and leadership skills, learn how to persevere and ultimately to be gracious whether they win or lose.

“Maro is not only an up-and-coming international rugby star, he is also dedicated to his studies alongside his professional sporting career.

“At Redlands, we have always encouraged our students to balance their academic pursuits with extra-curricular passions and interests. Maro is a perfect example of how both can be achieved.”