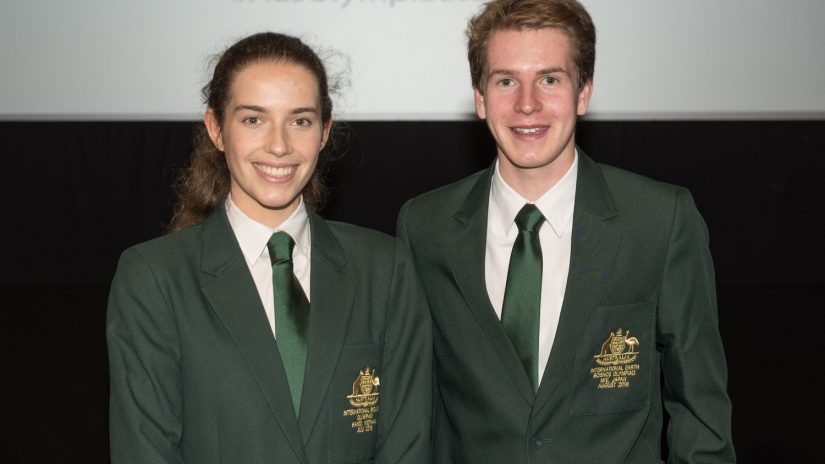 Both Redlands School Captains will hit the global science stage next month, having been selected for the Australian teams for the International Science and Mathematical Olympiads.

From an initial pool of more than 150,000 students who sat qualifying exams, Zoe Thompson and Jeffrey Brown went on to attend the Summer School camp, before being today announced as members of the teams.

Zoe is no stranger to science on an Olympic-scale. Last year she was both the only girl and the only Australian to win a Gold medal in the International Earth Science Olympiad at Pocos de Caldas, Brazil.

This year, Zoe will be the first Australian girl to compete in two consecutive International Science Olympiads in different subjects, and will compete in Hanoi, Vietnam as part of the Biology Olympiad team.

Jeffrey is her co-Captain at school, and he will be looking to go for gold as he travels to Mie in Japan, with the four-person Earth Science Olympiad team.

“The thought that springs to mind is to say that its ‘unbelievable’ having both our School Captains recognised on this level, but knowing Zoe and Jeffrey, I instead find it wholly believable, and testament to their hard work and passion,” said Redlands Principal, Dr Peter Lennox.

“As School Captains, Redlands students already look up to Zoe and Jeffrey, and with this week’s announcement they have become even greater role models for our entire student body.

“The International Science Olympiads bring together the best and brightest from around the world, and we are so thrilled that two of the 27 incredible minds representing Australia this year have come from Redlands.

“On behalf of all our students and staff, I would like to congratulate both Zoe and Jeffrey for their achievement so far.

“We look forward to hearing about what is sure to be an unforgettable experience for both, and wish them and their teammates all the very best in the competition.”