From The High Seas To The High Cs 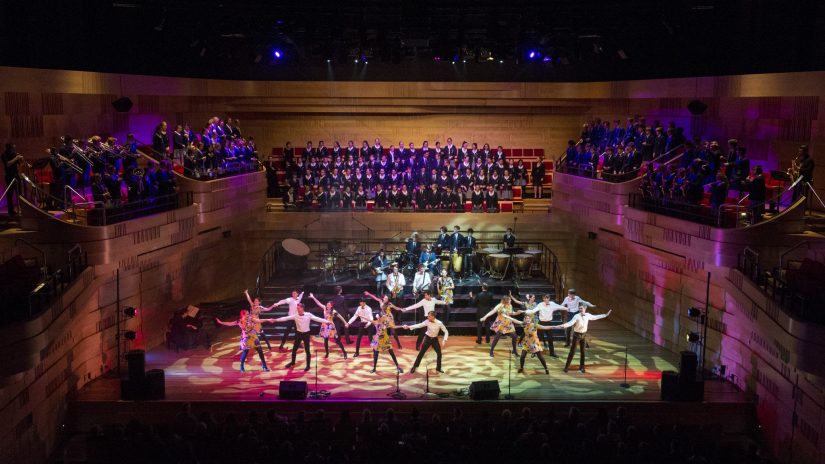 Commander Phillip Anderson OAM, previous Director of Music of the Royal Australian Navy, switched his fatigues for flutes, in his role of Guest Conductor for the Redlands Senior Music Festival.

Commander Anderson has been working alongside Redlands Coordinator of Music, Mr Darren Kuilenburg and 150 Redlands performers, to prepare for this annual festival of Music held on Friday 17 June at The Concourse, Chatswood.

The Senior Music Festival is a concert of choral and instrumental music, showcasing the exceptional talents of the Secondary School students enrolled in the Redlands Bands, Choral and Strings Programs.

The theme of this year’s Senior Music Festival, ‘Let’s Get Loud’, represented a colourful map of music and arts, exploring the synergy that exists between cultures, industries and societies.

With an emphasis on STEAM, which integrates Arts with science, technology, engineering and mathematics, the evening enlightened and illuminated associations that cross all learning disciplines.

“For our students to have the opportunity to work closely with him for the entire term in preparation for the Festival, gives them a real sense of professionalism and ownership of their performance.”

“It has been an honour for our school to host Commander Anderson, and we sincerely thank him for his wonderful contribution to our Senior Music Festival.”

“The Senior Music Festival is the result of many months of dedication, passion and hard work, and it was wonderful to see how the students have advanced their musicality and depth of expression,” said Redlands Principal, Dr Peter Lennox.

“Our musicians were incredibly excited to be performing on the stage at The Concourse, Chatswood in front of their family, friends and both the Redlands School and wider community.”