A Redlands Junior School education is dynamic and inspiring, focusing on the growth and progression of every student. 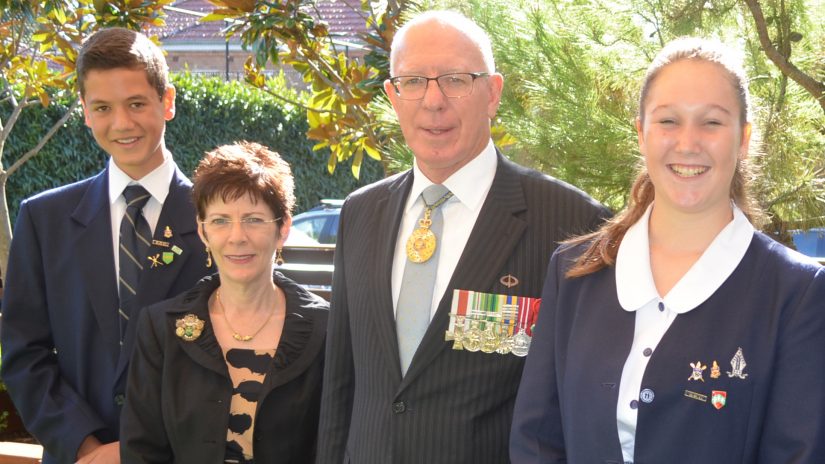 Early on Wednesday morning, all of Redlands 16-year-old boys stood before the NSW Governor to be told that if they were born 100 years beforehand, they could have found themselves at Gallipoli.

It was a poignant, meaningful and relevant message that resonated strongly with Redlands students and teachers alike.

The keynote speech given by the Governor, who of course is himself a former soldier and Chief of the Defence Force, captured the attention of the whole Secondary School.

“On this day we not only remember the ANZAC story, but the stories of all Australians who have served, and all those whom we fought alongside,” Redlands Principal Dr Peter Lennox said.

“As a community we remember their courage, their sacrifice and their comradeship, and we encourage students to think about how they too can best display and exemplify those qualities.

“Governor of NSW, His Excellency David Hurley joined our school in a time of poignant reflection, and our commemoration was enriched by his reflection not only as Governor, but as a former soldier.

“The Governor’s address to the students was very moving and thought-provoking, and highlighted two connections to Redlands – one hypothetical, and one real.

“His Excellency began by asking all the 16 year old boys to stand, and pointed out that 100 years ago, some of them would have disembarked in the pre-dawn darkness to commence the Gallipoli campaign.

“He then went on to speak of the history of Redlander Ruth Walker, who attended the School the early years of the 20th Century and became the first Redlands girl to join the Australian Imperial Forces.

“Ruth accompanied the Australian servicemen on the RS Moolton for Gallipoli and was stationed on the Greek island of Lemnos where she nursed more than 7,000 wounded Australian soldiers.

“His Excellency left the students with some challenging questions: How will we continue the ANZAC tradition, if we believe it has an essential value for all Australians? How will we help the spirit of ANZAC live on in the multi-cultural Australia of today?

“It was an honour to have welcomed Governor and Mrs Hurley to be a part of our school remembrance of Australia’s history, and it provided a thoughtful and uplifting start to the term,” said Dr Lennox.

“We used those quiet moments to remember all of our nation’s veterans and those who are still serving around the world, and to thank them for all they have given to give us the Australia we know today.”