An Olivia Twist On Oliver 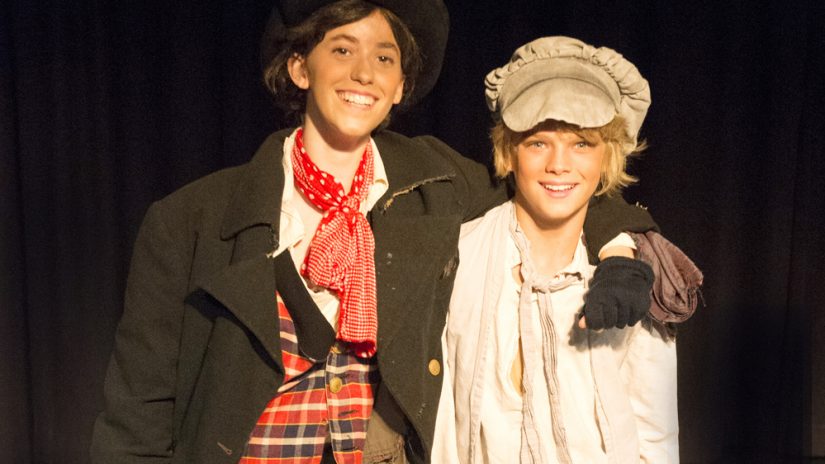 Redlands Year 7 student, Olivia Donoghue, will be bringing a bit of 1840s London to Chatswood at the end of this week, taking the title role in the School’s 2016 musical: Oliver!.

The annual School Musical is one of the most anticipated events on the Redlands school calendar, with a large and strong field of girls and boys vying for principal roles.

As a coeducational school, Redlands draws the entire cast from its own student body, and with two traditionally male roles this year filled by females, this certainly adds a twist to the tale.

“Auditions were open to the whole school and it was all about getting the best students for the principal roles.  Olivia was such a natural for the role of Oliver – her audition was remarkable” said Mrs Joy Daley, the School’s Cordinator of Drama, and Producer and Director of the Musical.

“Olivia as Oliver will be taught to ‘pick a pocket or two’ by the very compelling Artful Dodger, Rebecca Burchett from Year 9.”

“The talented Olivia and Rebecca started their performing arts training at the Redlands Junior and Preparatory Schools respectively, and are both relishing their star roles.

“They will be joined by a full cast, orchestra and production crew of well over 100 students, including Year 12 student Max Wilson in the role of Fagin.  Max drew heavily on his IB Theatre research presentation into Commedia dell’Arte and the character of Pantalone for his character development.

She then collaborated with other members of the Senior Extra-Curricular Film Class, notably Luke Mills (Year 12) and Toby Page (Year 8), to translate them into special multi-media effects and animation.

Redlands Principal, Dr Peter Lennox, said the school musical is held annually, and is a hugely professional show that is always popular with both the Redlands school community and wider community alike.

“The Musical is a showcase event of the School’s renowned performing arts programs, encompassing Drama, Music and Dance, our talented teachers and dedicated students,” he said.

It will be performed at the Concourse Theatre in Chatswood to a capacity audience of more than 1000 people, over the three nights from Thursday 31 March to Saturday 2 April.

“The Musical offers Redlands students an all-round theatre experience in their chosen field – be it on the stage, backstage, or in the orchestra pit,” he said.

“The School is very proud to have our Olivia play Oliver, who will play her part in recreating one of the early works of Charles Dickens and its famous musical adaptation by Lionel Bart.

“I, together with the rest of the School community look forward to seeing Olivia, Rebecca and their talented peers on the stage, as they bring a bit of London to Chatswood.”