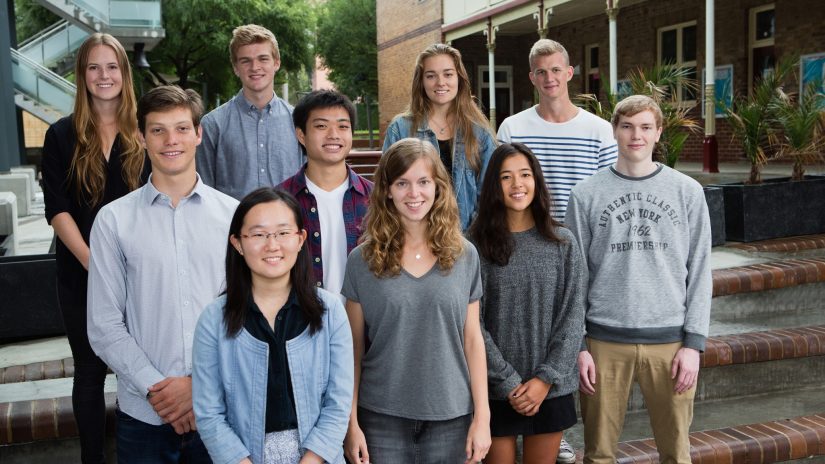 Redlands large cohort of 61 IB students achieved exceptional results in the 2015 International Baccalaureate exams with 25% achieving an ATAR of 98 or more.

Dr Peter Lennox, Principal of Redlands, said the large IB cohort – some 50 per cent of the Class of 2015 – met and exceeded the challenges of the rigorous international course, and their results reflected their personal best.

“All of our students pushed the boundaries of their knowledge, and to see the outcome of those years’ worth of work is extremely rewarding,” said Dr Lennox.

“A special acknowledgment must be made for Olivia and Tamae, who achieved truly spectacular results of which they should be very proud.

“Redlands has offered the IB for more than 25 years, longer than any other school in NSW, and for many of these students the wait was certainly worth it.

“I congratulate the whole year on their hard work, whether they were amongst the group who have just received their IB marks, or those who received their HSC marks last month.

“The Class of 2015 was a motivated group of young people who were actively involved in school life, and I have no doubt that they will go on to apply those attributes in their future endeavours.”

In total, nine Redlands IB students received a bilingual diploma, qualifying in both English and languages as diverse as Spanish, Danish, Dutch, Swedish, Chinese and Japanese.

Around half of the 2015 Year Group chose to study the IB, with the other half having received their HSC results in December last year.

Amongst a strong performance in the HSC candidates were five students who received top five rankings in the state, in Japanese Background Speakers, Swedish Continuers and English Extension 1.